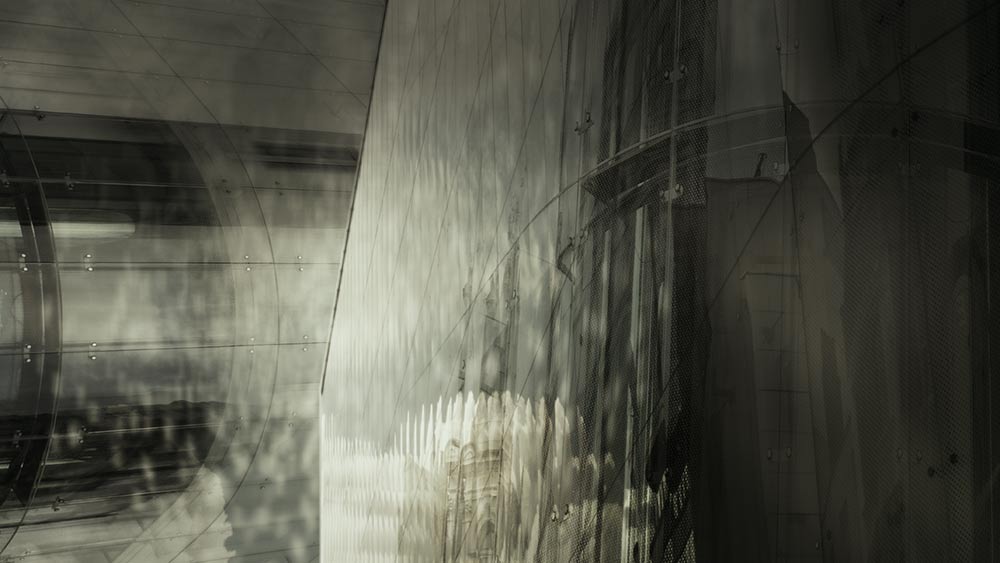 If Blow Up presents modernism’s autonomous self as it is imaged in the pure sign, de Palma’s Blow Out is an investigation of the process of signification itself. While Antonioni presents a grammatical cinema privileging the individual shot and the singular point of view, de Palme gives us a rhetorical one whose formal concerns relates to montage and dispersed subject positions. Montage is a synthetic process similar, in principle, to Cubist collage and the photomontage of artists like Rodchenko and Heartfield. Through decoupage and bricolage, fragments of a larger reality and from disparate source are combined in juxtaposition and superimposition to produce alternative meanings without necessarily losing sight of the original references. In art, collage and montage liberated the image from spatio-temporal logic; time could be conceived not as succession but as the imbrication of the past with the present.

By contrast, in conventional cinema, montage became the means to achieve a spatio-temporal ‘continuity’. Montage enable the viewer to be bound into a narrative flow that had all the appearance of reality while eliding both its synthetic origins and the absence of the body in the photographic image. With the increased sophistication of special effects – montage devices such as animation, matting, multiple-track dubbing, and now computer-generated sound and image – cinema, as other technologies of reproduction, became capable of presenting reality – effects based on simulation. Under such conditions, reality cannot be regarded as prior to but subservient to forms of representation that refer, not to nature, but to their own codes of replication: no longer a depth or spatial mode, but (to continue the story set out by Blow Up) the surface or screen.